Why I Upgraded to a Standby Generator 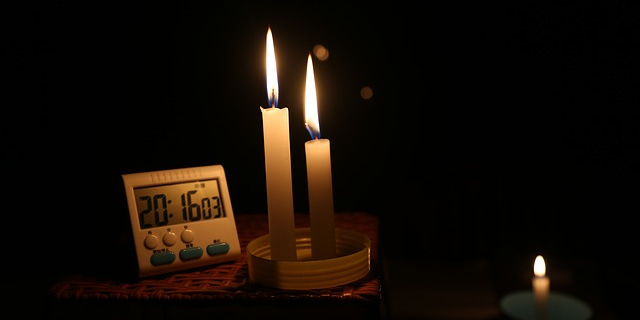 Why I Upgraded to a Standby Generator

A testimony about why a customer switched from portable to standby power for his home and family.

After owning a portable generator for twenty years, Charlie Girardi of Atkinson, New Hampshire, has learned a few lessons “about life with a portable.” The main thing that people who buy a portable don’t know, says Girardi, “is that if your outage is longer than a few hours, you’re going to work for the portable about as much as it works for you.”

First there’s the refueling issue. “With the portable, I had to refuel every five hours.” says Girardi. “So that means coming home from work during the day to refuel and setting an alarm for 3:00 a.m., too.”

“And usually the weather isn’t so great, so you’re probably trying to pour gas in the rain or in the cold.”

“We keep four five-gallon cans of gas on hand,” continues Girardi. “If the outage lasts more than about 24 hours, you’re going to be looking to buy another 20 gallons of gas.

You better live near a gas station that has backup power because a lot of stations will be closed. When you find an open one, be prepared to wait in a long line.

And funny thing: a lot of those people in line are filling up 5-gallon cans! And this will start repeating each day, you know, like the movie “Groundhog Day”?

In 2008, an ice storm knocked out power in New Hampshire for eight days. That’s when Girardi says he got “really good” at oil changes. “When you own a portable,” says Girardi, “it’s like you opened your own oil change shop.

There’s the cost of the oil and proper oil disposal, but the biggest issue is just the frequency of the oil changes — every 50 hours. So if you’re running around the clock, that’s an oil change every other day! Four oil changes in eight days!”

Don’t get him wrong, insists Girardi, a portable will run a few key things — the refrigerator, the furnace, the well pump and the garage door — during a four-hour outage.

“The challenge,” says Girardi, “is that many outages are longer. Believe me, when you experience frequent outages that last for days, that portable isn’t the appropriate power solution.”

The most concerning was the fact that their portable generator was very heavy. If Girardi wasn’t home, then his wife would be left sitting in the dark unless there was someone else available to pull it out of the garage for her. “She became a nervous wreck,” says Girardi, “with no telephone, no lights, no water, we made a decision that this is too much aggravation.”

A big snowstorm and outage in October of 2011 was the last straw, and Girardi and his wife decided to get a Kohler home generator.

But why a Kohler home generator? “I wanted the best,” says Girardi. “I’m a purchaser for an equipment company, and we sell equipment run by Kohler engines and other engine manufacturers, too. In our experience, the Kohlers are the best and so is the warranty and support.”

But arguably the biggest reason Girardi went with a Kohler home generator is the automatic start and the“clean power” it generates. “One of the installers who offers three other competitive units wouldn’t sell me anything other than the Kohler because of the sensitive electronics I wanted to take care of — especially the microchip that runs our boiler.” Plus, Girardi reports that some of the distributors he talked to seemed more interested in selling the service contract than the unit itself … “and I know how to change oil, that’s for sure!”

“Teri loves the piece of mind our Kohler generator gives us,” says Girardi.

Girardi ended up going with a local authorized Kohler dealer in nearby Salem, New Hampshire. “Tom Buja, who owns the place, came out to the house,” says Girardi, “and he was more of a practical person.

Most of the other people wanted to sell me a 20kW unit, but I just said, ‘What can I get by with?’ And Tom said, ‘Don’t run your washer and dryer while you’re using the stove and the oven, and a 14kW will be good.’ ”

And good it was. When Superstorm Sandy roared into New England in Oct 2012, “we were watching the Sandy news about outages on television — we’re on satellite so I have it and our TV on a battery backup.

Anyway, all of a sudden the power goes out, and we’re still watching TV. And, no exaggeration, within five seconds we hear the Kohler fire up, and within 10 seconds the whole house comes back on. My wife and I are doing fist pumps and high-fives! With the Kohler, we bought peace of mind.”